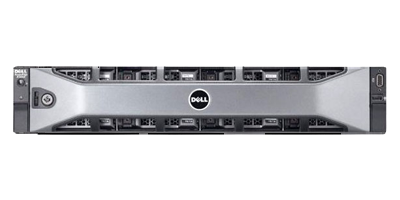 Access your email or chats from anywhere, at any time, using your favorite Web browser

Access your email, calendars, contacts, tasks, chats and notes regardless of whether you’re in the office, on the road, or at home using a Web browser and SmarterMail’s leading webmail interface. The mail server’s interface combines simple design aesthetics with the full functionality of a desktop client and gives users the ability to communicate and collaborate around the clock from anywhere there is an Internet connection.

Both casual and power users will find SmarterMail’s webmail interface extremely intuitive and incredibly easy to use. Your favorite Web browser provides access to email, instant messaging, calendars, contacts, notes, and tasks from any desktop, tablet or smartphone.

If you don’t want to use an email client like Microsoft Outlook or Apple Mail, or if you don’t have access to your phone, it’s not a problem; all of SmarterMail’s functionality can be accessed using a Web browser from anywhere with an Internet connection.

SmarterMail is a powerful Windows mail collaboration server designed to help businesses connect with customers, employees and partners using today’s most popular email clients like Microsoft Outlook for Windows or Mac, Apple Mail and a wide variety of mobile devices.

Increase productivity with the enterprise-level collaboration features, such as email, contacts, calendars, tasks and notes, that most people associate with more expensive mail servers like Microsoft Exchange.

It’s easy to communicate using email and instant messaging from most smartphones and tablets, including Android, BlackBerry, iOS and Windows mobile devices. SmarterMail also supports synchronization of email and collaboration items via Exchange ActiveSync, CalDAV and CardDAV giving users access to their calendars, contacts, tasks and notes on hundreds of compatible devices.

SmarterMail’s web-based interface was built for speed and mobility. Users will notice how fast the browsing experience is, and the best part is that all of the enhancements are magnified for desktop users. Users deserve the full SmarterMail experience, regardless of whether they’re using a mouse or touchpad or tablet’s touch screen

SmarterMail includes a structured, multi-layer spam prevention strategy that helps you achieve 97% spam protection without the need for additional expenditures or third-party products.

SmarterMail comes fully equipped with effective and self-updating virus protection measures to ensure mail server security. With ClamAV antivirus, detailed antivirus activity reports are available at the system, domain, and user levels. In addition, the ClamAV signature database is updated multiple times a day and contains more than 300,000 signatures, including generic signatures that are able to detect new variants at a high rate.

Easily migrate from any mail service and convert from a free mail to a business E-Mail without loosing your data Ex: john_doe@yahoo.com to john_doe@mybusinessname.com Move a single mailbox, or an entire domain, from:

You can find out more about which cookies we are using or switch them off in settings.

This website uses cookies so that we can provide you with the best user experience possible. Cookie information is stored in your browser and performs functions such as recognising you when you return to our website and helping our team to understand which sections of the website you find most interesting and useful.

Strictly Necessary Cookie should be enabled at all times so that we can save your preferences for cookie settings.

If you disable this cookie, we will not be able to save your preferences. This means that every time you visit this website you will need to enable or disable cookies again.